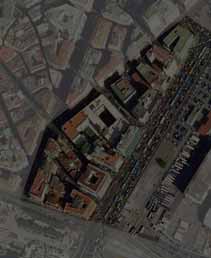 Romeo Gestioni has managed to diversify its skills and management techniques, developing new operating principles for the restoration, management and promotion of the assets managed and, today more so than ever before, embracing a new strategy best defined as urban facility management.

The ability to operate with engineering techniques, but also by proposing new administrative processes, cast Romeo Gestioni as a highly innovative company.

In this sense, the Insulae Model testifies to the company’s revolutionary design and planning skills, allowing to reconcile the needs of local governments—with less and less resources available—, the citizens-users of a number of urban areas that deal with poor services and increasing costs, and businesses, which can seize the professional and operational opportunities offered by this situation.

Research on new potential administrative models—no longer one-size-fits-all and routine-driven, but rather project-specific and motivation-driven—opens up an opportunity to overcome red tape and re-launch employment, for example when a local government has to restructure its workforce as required by the spending review.

THE PROTOTYPE: INTEGRATED MANAGEMENT AND PROMOTION OF THE AREA FOR AN EVOLVING CITY"

"BORGO ANTICA DOGANA", a uniform urban district of 45 thousand square metres located in a strategic area of the city.

Fast part of the intervention (one year)

How to implement the model?